R-1234yf, or HFO-1234yf is soon to be one of the most popular refrigerants in the world. Making it’s debut in the early 2000’s it has quickly rose to power and will soon be the dominant refrigerant in the automotive industry. Today, as I write this in October of 2017 there are approximately thirty-five million cars on the road that are using 1234yf. This number will only grow as R-134a is no longer allowed on newer models in the European Union and will be banned from newer models in the United States by 2020. (2021 model year.)

With this refrigerant being in such high demand I have found very little information about it. There seemed to be a scattering and mish mash of data from various websites across the internet. My goal here with this post is to give the most comprehensive and complete guide to all of the facts, questions, and points of note on 1234yf. Let’s take a look:

Knowing the pressure and the temperatures associated to the machine you are working on is essential to being able to diagnose any possible issues. Without knowing the temperatures you are more or less walking blind. These pressure checks give you the facts so that you can move onto the next step of your diagnosis. Instead of pasting a large table of information here I will instead direct you to our specific R-1234yf refrigerant temperature page. This can be found by clicking here.

Let me start this off with saying that a 1234yf system is VERY similar to an R-134a system. If you are familiar with 134a repairs then you should be just fine with YF repairs as well. That being said there are a few points that I want to make to you before we move on to the next section:

We have gone over the requirements to service 1234yf but now we need to cover what kind of tools that you will need. Like with most new technology comes new tools. Let’s take a look:

As I have said throughout this article there is a numerous list of automotive manufacturers that have already begun using the new 1234yf refrigerant. I may miss some here but I aim to show you some of the manufacturers that are currently using the new HFO refrigerant. The point here is to show you that this stuff isn’t going away and that in fact it is only becoming more popular. This data is from 2017 and a make list does not necessarily mean that all of their models are using 1234yf. Let’s take a look:

These are all huge names in the car industry and while not all of their models are covered under YF I feel that it is only a matter of time before they all make the switch. (Keep in mind too that the EPA’s mandated deadline is 2020/2021 model year.)

So, when did all of this start? Well, to understand the history of 1234yf and the other HFO refrigerants we first have to go back in time to the 1980’s. Back then all automotive applications were using the CFC R-12 refrigerant for their air conditioning. R-12 was the original mainstream refrigerant that came from the 1930’s. Ever since then it and R-22 had gained and gained in popularity until they were practically found everywhere across the country and the world.

It was in the 1980’s that a team of scientists out of California realized that all of the Chlorine that was in CFC and HCFC refrigerants was causing damage to the Ozone layer. When vented or leaked the refrigerant would drift up and into the atmosphere. It is there where the Chlorine would do it’s damage. Eventually it got so bad that a thinning of the Ozone layer began to form over the Arctic. The scientists noticing this sounded the alarm and the world’s governments took action by creating the Montreal Protocol.

The Montreal Protocol is a treaty that was signed in the late 1980’s by more then one-hundred countries. It’s goal was to rid the world of using Ozone depleting substances like CFC and HCFC refrigerants. This treaty was enacted in countries all over the world. The first target was CFC refrigerants such as R-12. In 1992 R-12 was phased out of the automotive market in the United States and was replaced with the newer HFC refrigerant known as R-134a. R-134a had the benefit of not containing Chlorine so with its usage there would be no danger to the Ozone layer.

Lo and behold there was found to be another problem with R-134a. Instead of the Ozone layer issue we now had a new issue called Global Warming Potential. Global Warming Potential, or GWP, is a measurement of how much heat a greenhouse gas can trap in the atmosphere. The basic measurement on GWP is Carbon Dioxide which measures as one. This is our standard. Now, if we look at R-134a’s GWP number we can see a number of one-thousand four-hundred and thirty. Quite the difference here folks. We can now begin to see why a substitute for 134a was needed as well.

The problem was discovered and companies along with governments began to look for an alternative solution to R-134a and to other HFC refrigerants that were currently on the market as early as 2001. That’s less then ten years after the switch from R-12! While there were a plethora of ideas presented such as Hydrocarbons, R-744, or other natural refrigerants there were two companies that were doing the research, development, and work on creating and perfecting a new refrigerant known as HFO-1234yf. These companies were Honeywell and DuPont/Chemours.

In 2006 the European Union came out with a directive known as 2006/40/EC. This directive’s goal was to reduce the emissions of fluorinated greenhouse gases from mobile air conditioning systems. This would be a gradual phase out across the European Union. The end goal was to have automobiles using refrigerants that had a Global Warming Potential, or GWP, number of one-hundred and fifty or less. The first major date of the phase out was 2008, then 2011, and then finally on January 1st 2017 any new vehicle using a refrigerant with a GWP higher then one-hundred and fifty would be banned from the European Union. The problem here was that there wasn’t a viable alternative to HFC refrigerants at the time this directive was made. I’m sure you’ve heard of the expression: Necessity is the mother of invention.

This timeline put even more pressure on Honeywell and Chemours. In only a few short years later in 2008 they presented HFO-1234yf to the Society of Automotive Engineers Cooperative Research Program. (SAE CRP1234) The society concluded that 1234yf offered superior environmental performance and that 1234yf was safe to use in automotive applications. After this test came a whole host of other tests from companies, governments, and other organizations all over the globe. Everyone wanted to make sure that this new refrigerant was not only good for the environment but also safe. Remember now folks that the new YF refrigerant went up a flammability level to 2L. Was it safe to use? Most everyone said that yes, it was… but there was one company that disagreed.

There was one major bump in the road of HFO-1234yf to becoming the dominant automotive refrigerant. In 2012 Daimler began their own internal testing with 1234YF on some of their vehicles. They claimed that in some of their tests that when the refrigerant tank ruptured during an accident that the refrigerant ignited and caused a fire to occur. The video can be seen below. In the video there is a test with 1234yf leaking and then there is a test with R-134a leaking. The video speaks for itself.

There were many disputes from numerous companies and organizations from all over the world to this test and claim from Daimler that the new refrigerant was unsafe for use. For a time it seemed like German Automakers were going to fight HFOs tooth and nail. They had their hearts set on R-744 CO2.  Over the years though there have been numerous court battles and fines issued by the European Union but still Germany persisted against 1234yf.

Eventually a lot of these companies lost the war of attrition and have folded into the 1234YF HFO craze and from the pressure from the European Union. There is one company, Daimler, that is pursuing their own route into the future by developing CO2 R-744 automobile air conditioning systems. Eventually, in 2015 Daimler did agree to use 1234yf in their new vehicles but this was only done to appeal the European Union. In the background, and now in 2017, very publicly Daimler has been developing and testing R-744 or Carbon Dioxide refrigerant modeled cars. It will definitely be interesting to see how this new technology develops over the years.

The EU and the USA

In 2017 the final law went into effect across the European Union and 1234YF was found in every new car that was manufactured or imported into the EU. The only exception that I know of is Daimler and their CO2 automobiles. While the European Union market was changing there was also change going on in the United States.

It seems that the EU is always a precursor for what happens here in the states. In 2015 the Environmental Protection Agency announced a new rule under their SNAP program called rule 20. This new rule dictated the eventual phase out of HFC refrigerants across the United States. While there are many HFC refrigerants in this ruling I will stick with R-134a for now. The basis of the rule was that by the year 2020, or model year 2021, all new manufactured or imported vehicles would not be able to use R-134a. There is room for a few exclusions here and there but these can only push the date back to 2025. Another thing to note here is that they do not state medium duty or heavy duty vehicle markets. So, that means your trucks, haulers, and other large equipment are not included in this ruling as of yet.

By combining the EU’s policy on R-134a and now the United States’ public policy everyone knew that the most logical choice for an alternative was HFO-1234yf. Sure, there were companies like Daimler researching R-744 but this was not a viable alternative at this point in time. Production had to be increased on YF as soon as possible. Earlier this year, 2017, the Chemours company broke ground on a new 1234YF manufacturing plant in Corpus Christi, Texas. This new facility is expected to triple the company’s output of 1234yf. Chemours was just following suit though as the Honeywell corporation actually opened up their new three-hundred million dollar facility in Geismar, Louisiana earlier this year.

These two companies know whats coming. There is a wave of demand that is going to hit and hit hard. The question you have to ask yourself folks is are you ready? Are your employees ready? Is your shop ready? If not today then tomorrow you may have a YF unit roll in. Are you going to know what to do? Are you going to be prepared? 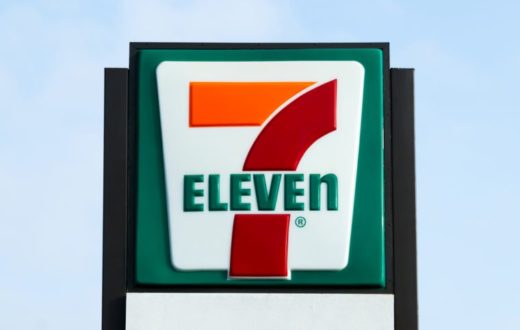