As everyone knows R-22 was phased out in 2010, production was scaled back in 2015, and it will be completely phased out in 2020. With these phase outs occurring over the past five years the price of R-22 Refrigerant has sky rocketed to right at about three hundred dollars for a thirty pound cylinder. With that high of a price point there is bound to be opportunity for profit. Well, a few refrigerant manufacturing/distributing companies started marketing an alternative to R-22 called R-22a.

Now, it’s called R-22a, but what it really is R-290… or propane. You know, the stuff you use on your grill to light the FIRE for your burgers. Now propane as a refrigerant isn’t a new idea, in fact it’s being used in various applications outside of the United States. The Problem being these old units that take R-22 are not being retro-fitted to take R-290. The companies pushing this product are advertizing it as a direct replacement for R-22. No retrofitting needed. So, you can begin to see a problem here. The machine is not meant to take propane but yet we’re just dumping it in and hoping for the best.

The appeal of R-22a is the price. I did a quick Google search and found some R22a being sold on E-bay for $119.00 a jug. Now that’s quite the difference compared to the $295-$330 a jug you would pay for a cylinder of R22. E-Bay shows you how many have been recently sold and I can see by glancing at it that there were fifty five units sold in recent weeks. This is disheartening as the consumer is not only purchasing the wrong refrigerant but they are also putting themselves in harms way. In case you were wondering, propane has a high flammability rate. Especially if it is being used in an improper application. It’s a recipe for disaster, especially for a laymen.

Last year the EPA put out a press release stating this very danger of using R-22a. (The release can be found here.) The press release pretty much says what I said above. The EPA has NOT approved the R22a to be used in R-22 built machines. If the EPA has not approved the alternative refrigerant through their SNAP program then a company who sells that product is in violation of the Federal Clean Air Act. (Trust me, you don’t want to do that!)

The EPA has been going after violators that are selling R-22a over the past couple years. I did a little digging and found a few examples of formal notifications sent to two different companies:

“This refrigerant may be used only in new equipment specifically designed and clearly identified for the refrigerant–i.e., none of these substitutes may be used as a conversion or “retrofit” refrigerant for existing equipment” (Source)

Confused yet? To put it simply, R-290 or R-22a can be sold and used on NEW units, but if a company is caught actively selling/targeting the old R-22 units they would be in violation of the Clean Air Act and will have the wrath of the federal goverment coming down on them. Just ask Enviro-Safe refrigerants if you don’t believe me!

I’m sure that most trained technicians and companies are not falling for the R-22a trap and jumping at the lower cost and potential savings. This article is mainly targeted towards the do it yourselfers who are looking to purchase refrigerant for a small job. Putting in R-22a in your R-22 unit can be costly. Not only with potential total loss of your unit but it could also cause property damage due to an unintended explosion or it could even cause bodily harm/death. Doesn’t seem like it’ worth saving a couple hundred bucks.

I’m not a fan of big government. Never have been. But, I believe that the EPA is in the right here. I find it ridiculous that I can go on E-Bay right now and buy myself a cylinder of R-22a and have it at my doorstep in a couple days. You think the EPA would be watching for this online and be contacting E-Bay or the seller with a cease and desist.  Maybe they are, and they are just building their case. Who knows.

In the mean time keep your eye out and if you see R-22a being marketed stay far away. It’s not worth the safety risk or the EPA risk.

What Are Window Air Conditioners? 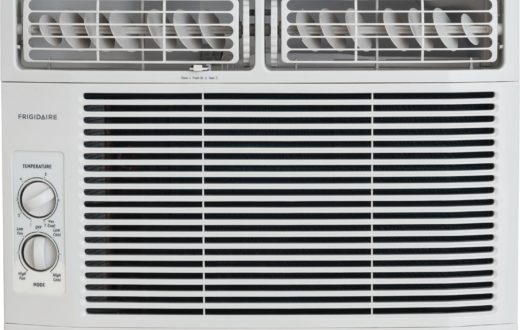