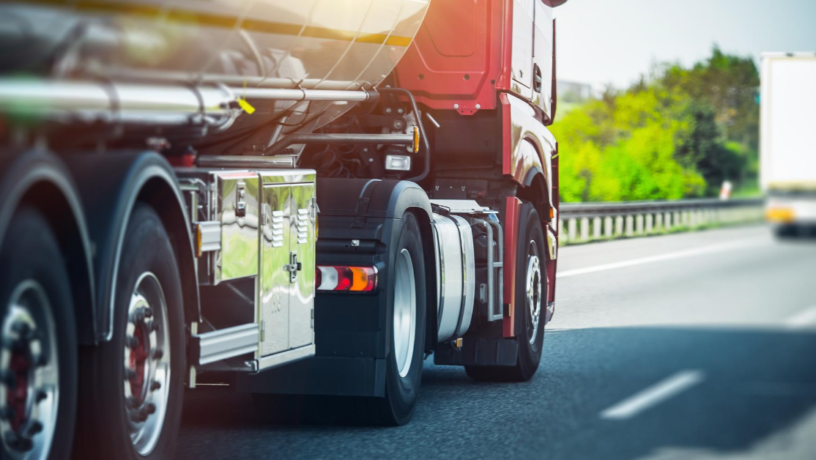 I have been in and out of the trucking industry for the past thirteen years. Throughout this time period I have seen numerous innovations and changes come within the industry. One example goes back to the 2000’s when DPFs and Diesel Exhaust Fluid were being rolled out. It caused quite a stir and a lot of complaints from customers. There is another change coming to the industry. It may not be as big as DPFs but it will be significant.

As you all know heavy and medium duty trucks use the HFC R-134a refrigerant for their air conditioning needs. This has been the standard refrigerant since the mid 1990’s. The original automotive refrigerant CFC R-12 was phased out in the mid 90’s due to the chlorine that it contained. The chlorine in this refrigerant ended up damaging the Ozone Layer. It was replaced with the HFC R-134a which did not contain any chlorine. This was the status quo up until recently. In 2015 the automotive sector began to see a new refrigerant be introduced in the marketplace. This new refrigerant known as R-1234yf falls under into the new Hydrofluoroolefins (HFOs) classification type. Vehicle manufacturers began using this refrigerant in their new vehicles in place of R-134a.

In essence, history was repeating itself. R-134a was being replaced with R-1234yf. The difference here is that R-134a does not damage the Ozone. It does however have a very high Global Warming Potential (GWP) number. The higher the number the more damage the refrigerant does to the environment and to Climate Change. R-134a has a GWP number of one-thousand four-hundred and thirty. This newer HFO refrigerant has a GWP of only four. While the initial models and manufacturers using R-1234yf was small, it has grown substantially over the past five years. Today, in 2020, it is estimated that nearly ninety percent of all new vehicles are using R-1234yf.

At this time there is no government mandate for these auto manufacturers to switch over to R-1234yf. There was a few years back, but it was thrown out by the courts. Even still, manufacturers are moving forward with the refrigerant switch. In the European Union R-134a is banned from being used in new vehicles. While it may not come to that here in the United States, manufacturers do not want to take the risk. Might as well bite the bullet now and not have to worry about it in the future. This philosophy holds true for most of the automotive manufacturers out there.

That being said, there is a hold over on this refrigerant transition: The Heavy Duty Industry. Before writing this article I did some searching for any mention of the trucking industry and R-1234yf. As I expected, I found very little results. The few articles I was able to find were years old and were providing outdated information. So, the question I have to ask everyone is where is the trucking industry on this transition? When can we expect heavy duty, hell medium duty, vehicles to start using R-1234yf refrigerant? One of the articles I did find on this topic stated that the trucking industry is predicted to make the changeover sometime within this decade, but that is speculative.

Here is where things get a bit hairy. As I stated earlier with each year that passes we are seeing more and more models moving away from R-134a over to R-1234yf. It is estimated that ninety percent of new vehicles are using 1234yf. What that means is that the factories that produce R-134a will quickly begin to see declining demand. I would wager that some factory planners/owners have already decided to scale back their production of R-134a significantly. It is a dying refrigerant and the demand will be dying with it. While the demand from the trucking industry is nowhere near that of the automotive market… it still exists. 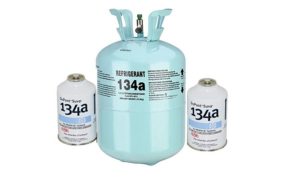 Years ago when I was a buyer for a Kenworth dealer chain I assisted in purchasing nearly four-thousand cylinders of R-134a every February. This was our big buy to ensure that we got the best price. We would do this every year as by the time February rolled around again our dealers would be out. If it was a hot summer then our dealers could run out halfway through the season and end up having to buy a pallet here or there to get them through. With all that in mind this one dealer group would purchase around 100-120,000 pounds of R-134a per year. The demand for air conditioning is there. It is just not going to be enough to keep the supply chain the same.

When the demand lessens so does the supply which is going to correlate to higher prices on R-134a. At this point it is impossible to tell exactly what kind of price increase we are going to see over the next few years. But, one thing is certain: There will be large increases and there will be decreased supply. If OEs such as Kenworth, Peterbilt, Freightliner, International, Volvo, Mack, haven’t begun to seriously look at transitioning over to R-1234yf then they need to begin NOW!

In the automotive sector there was not a government mandate to switch from R-134a over to R-1234yf. Well, there was… but it was tossed out in the courts. I see the same scenario occurring for the heavy duty industry. It will be up to the OEs to make the decision on rather or not to switch. We cannot rely on governmental regulation. The somewhat good news is that these OEs may end up seeing some pressure from various states who have begun to adopt tougher HFC regulations. California is a prime example. More states are joining as there is no indication that a Federal policy will be implemented. While automotive applications have been a primary focus with these new state laws… it is only a matter of time before these states focus on trucks moving throughout their boundaries.

Switching over to R-1234yf is not an easy task. It is NOT the same refrigerant of R-134a. One obvious point is that R-1234yf costs ten times more than R-134a (Sometimes even higher). A thirty pound cylinder of R-134a can be purchased right now for between seventy-five to ninety-five dollars. A ten pound cylinder of R-1234yf can be purchased for around six-hundred dollars. Many customers may not notice this at first… but when they bring their truck in for an air conditioning repair they will be shocked by the recharge bill. The good news, or bad news depending on how you look at it, is that by the time trucks switch over to R-1234yf we may see R-134a’s price pretty close to 1234yf due to the manufacturing shortages.

The biggest hurdle with R-1234yf is that it is rated with an A2L rating from ASHRAE. The ‘A’ stands for non-toxic. The ‘2L’ stands for slightly flammable. This is where the controversy exists on this refrigerant. Back when this new HFO was first being implemented there were many concerns expressed on the flammability risk. What happens during an accident? What happens if the refrigerant leaks and possibly ignites? To alleviate these concerns there were numerous studies done by various governmental and private organizations to prove concept and to prove that it was safe.

These same types of studies would have to be done within the heavy duty industry. While it is the same refrigerant found in vehicles the charge for a heavy duty application is going to be much larger then an automobile. A higher charge means a higher risk as well. Some of these studies may have already been done, but again I could not find them when I was researching for this article. Back when this was being implemented in the European Union there was one OE who expressed concerns about 1234yf. They did not believe the studies out there so they set out to conduct their own. This company was Daimler.

Daimler found that in their studies and tests that 1234yf DID ignite during a crash test. Their claims were dismissed across government and business organizations. They were told it was perfectly safe. Daimler though, still skeptical, went ahead and developed their own alternative refrigerant solution. Instead of using R-134a or R-1234yf they went forward with their own R-744 Carbon Dioxide refrigerant system. This was the first mobile R-744 application to be used. Today Daimler has many vehicles using the R-744 technology. The reason I bring Daimler up is they own Freightliner Trucks.

So, my next question for the heavy duty industry is does it make more sense to move towards a R-744 system? Carbon Dioxide is not flammable and has an even lower GWP then R-1234yf. Freightliner could have these systems already in development. I believe this is the right way to go as you can avoid the flammability risk and you also have the sustainability of Carbon Dioxide. R-744 will never be phased out. It has been used for over a century as a refrigerant agent. It is survivable. The only downside is that it operates under extremely high pressures which can result in part failures. To compensate the parts and system are custom made to withstand the higher pressures. This results in increased cost.

With all the above said it seems that it is still up in the air. When will the various OEs begin to change over to a newer refrigerant? And, when they do, will they be migrating towards the flammable 1234yf? Or, will they adopt Daimler’s automotive approach and opt for the R-744? Either way there needs to be some decisions made soon. The clock on R-134a is winding down and there is only so much time left before we all see shortages and large price increases. There is no saying exactly when these shortages will occur but with each passing year the chance of encountering high priced R-134a is greater.

Propane Refrigeration Coming to a Unit Near You…