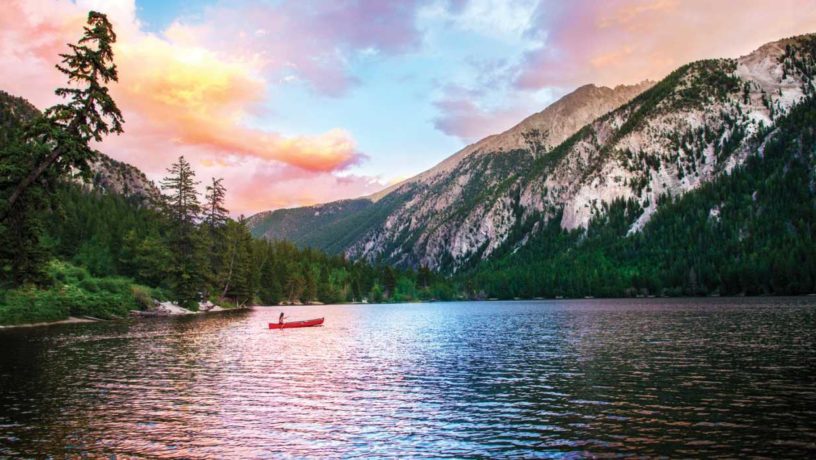 More dominoes fell last month when Colorado and Virginia announced that they will be phasing down HFC refrigerants. This now brings the total states acting, or working towards, phasing down HFC refrigerants to sixteen. If you count just the states that have moved forward with legislation or regulation then Colorado and Virginia is now the fifth and sixth. They now accompany California, Washington, Vermont, and New Jersey. Other states have committed to their own action in the near future, some of these include: Maryland, New York, Pennsylvania, Hawaii, Oregon, Delaware, Connecticut, Maine, Massachusetts, and Rhode Island.

All of these states mentioned above are part of what’s known as the United States Climate Alliance. This alliance was formed back in June 1st, of 2017 immediately after the Trump Administration pulled the United States out of the Paris Climate Accord. The goal of this alliance is to set a climate policy as a collection of states rather then one state at a time. It also gives bargaining power with the federal government and manufacturers. At this time the alliance is up to twenty-four states and is expected to continue growing.

Towards the end of May Colorado’s Air Quality Control Commission announced their new regulation known as ‘Regulation 22’ that intends to phase down the use of HFC refrigerants throughout the state. On May 21st Governor Northam of Virginia signed a law targeting HFC refrigerants as well. In both cases between Colorado and Virginia the new requirements closely mocked the EPA’s SNAP Rules 20 and 21.

As I had mentioned earlier, there are other states in the Climate Alliance that are expected to begun their own work on HFC refrigerants as well. So, why is all of this occurring at a state level? Well folks it goes back to a ruling back in 2017 where a federal court overturned the EPA’s SNAP Rules 20 and 21. These rules aimed at phasing down HFC refrigerants using the same authority that the EPA used to phase down CFC and HCFC refrigerants. The court ruled against them stating that their authority only extended to refrigerants with ozone depleting substances. It did not allow them to phase out HFC refrigerants which did not harm the Ozone but did contribute to global warming.

Since then there has been no update from the federal government on what the next steps will be. In essence, there has been no HFC phase down within the United States over the past few years. There was hope initially for the Montreal Protocol’s Kigali Amendment but that has stalled as the Trump Administration has not sent it to the Senate for ratification.

This is why we have seen states begun to announce their own HFC refrigerant phase down plans. The hope is to have so many states on board that manufacturers are forced to switch over to the more climate friendly refrigerants. With the addition of Colorado and Virginia we now have twenty-five percent of the United States’s GDP with a formal HFC phase down plan. If we add up the GDP percentage of all sixteen states that are considering HFCs laws then that GDP total increases to forty-five percent! (Source from Wikipedia) Imagine the impact on having nearly half the United States’s GDP with HFC phase down regulations. Businesses will have no choice but to adapt.

There is one major concern though about each state having their own policies. It will be a nightmare for businesses to comply. If California has one requirement, but Nevada has a different one and Arizona has a different one then how are you, as a business, going to adapt?  The good news here is that with the lack of a federal presence the United States Climate Alliance published their own model rule for future states that are looking to phase down HFC refrigerants. The hope is that with this model rule we will have a consistent rule state by state. States won’t have to make up their own regulations. This will make things much easier for manufacturers and distributors knowing that each state will have more or less similar rules. While researching for this article I found a quote from the the Climate Alliance team, “This (model) framework is designed to ensure all the states have substantially similar rules,” said Julie Cerqueira, Executive Director of the U.S. Climate Alliance. “It is essentially a mirror of SNAP.” – Source.

Technically, there is still hope for a federal response as well. There are bills in the Senate and the House being debated this summer. The aim of these bills will be to give the power back to the Environmental Protection Agency so that they can begin regulate HFC refrigerants like they had intended back in 2015 when they announced their famous SNAP Rules 20 and 21. However, I do not foresee these bills moving forward with the Trump Administration in office. They could perhaps be stalled until after the election cycle, but that is a gamble in itself. We could see a very different political climate come January of next year. Or, we could be right where we are today. This is why we see the states moving forward now. They are tired of waiting for federal action.