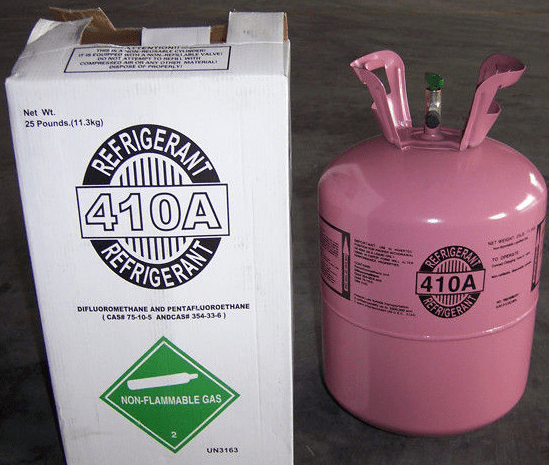 To understand the history of 410A and the other refrigerants we first have to go back in time to the 1980’s. Back then all automotive applications were using the CFC R-12 refrigerant for their air conditioning and all residential air-conditioner units were using R-22. These two refrigerants, R-12 and R-22, were the original mainstream refrigerants that came from the 1930’s. Ever since then they had gained and gained in popularity until they were practically found everywhere across the country and the world.

It was in the 1980’s that a team of scientists out of California realized that all of the Chlorine that was in CFC and HCFC refrigerants were causing damage to the Ozone layer. When vented or leaked the refrigerant would drift up and into the atmosphere. It is there where the Chlorine would do it’s damage. Eventually it got so bad that a thinning of the Ozone layer began to form over the Arctic. The scientists noticing this sounded the alarm and the world’s governments took action by creating the Montreal Protocol.

In 1991 the new HFC refrigerant R-410A was invented by the Honeywell Corporation. (Back then they were known by Allied Signal.) After invention Honeywell licensed production and manufacturing rights of 410A to other companies but even today Honeywell still continues to lead production and sales of 410A.

The Problem With HFCs

It was in the early 2000’s that a problem was discovered with HFC refrigerants. This problem wasn’t like the CFC or HCFC refrigerants that came before them. After all, there was no Chlorine involved so there was no thinning of the Ozone layer. No, this problem came from something called Global Warming Potential or GWP. GWP is a relative measure of how much heat a greenhouse gas can trap in the atmosphere. As a basis of measurement they set Carbon Dioxide as a one on the GWP scale.

Ok, so we have our baseline established now let’s compare the one GWP of Carbon Dioxide to an HFC refrigerant. One of the more popular HFC refrigerants known as R-404A has a GWP number of three-thousand nine-hundred and twenty-two. Yes, you heard me right. Three-thousand. That is a HUGE number and obviously a huge problem when looking at Global Warming.

Every time 404A was released, vented, or leaked into the atmosphere it would get trapped as a greenhouse gas and actively contribute to Global Warming. But it would do this and be thousands times stronger then Carbon Dioxide. This was obviously a big problem.

Now I am not sure how this will affect R-410A at this point in time. 410A has a GWP of two-thousand and eighty-eight. While this is a high number 410A was not mentioned in the new Rule from the EPA. (It was mentioned for vending machines but not for residential/commercial air conditioners.) I believe this was done because everyone had just switched over to 410A and wouldn’t make sense to transition so soon after to a new refrigerant. The other reason I believe 410A was left out was that there has yet to be a new alternative announced. Chemours and Honeywell are working on alternative as we speak but nothing is nailed down. I wrote an in-depth article on possible solutions for 410A alternatives that can be found by clicking here.

Regardless of what happens in the next few years I can assure you that R-410A’s time with us is limited. We have the EPA and the governments of the world all fighting against it due to it’s high Global Warming Potential. If I had to wager a guess I would say that by the year 2025 the phase out will begin and we will be looking at a newer HFO refrigerant that has not been invented yet. Time will tell though. 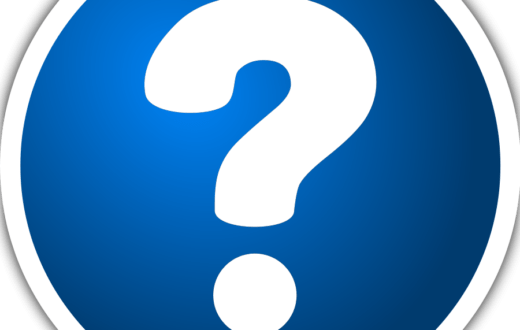 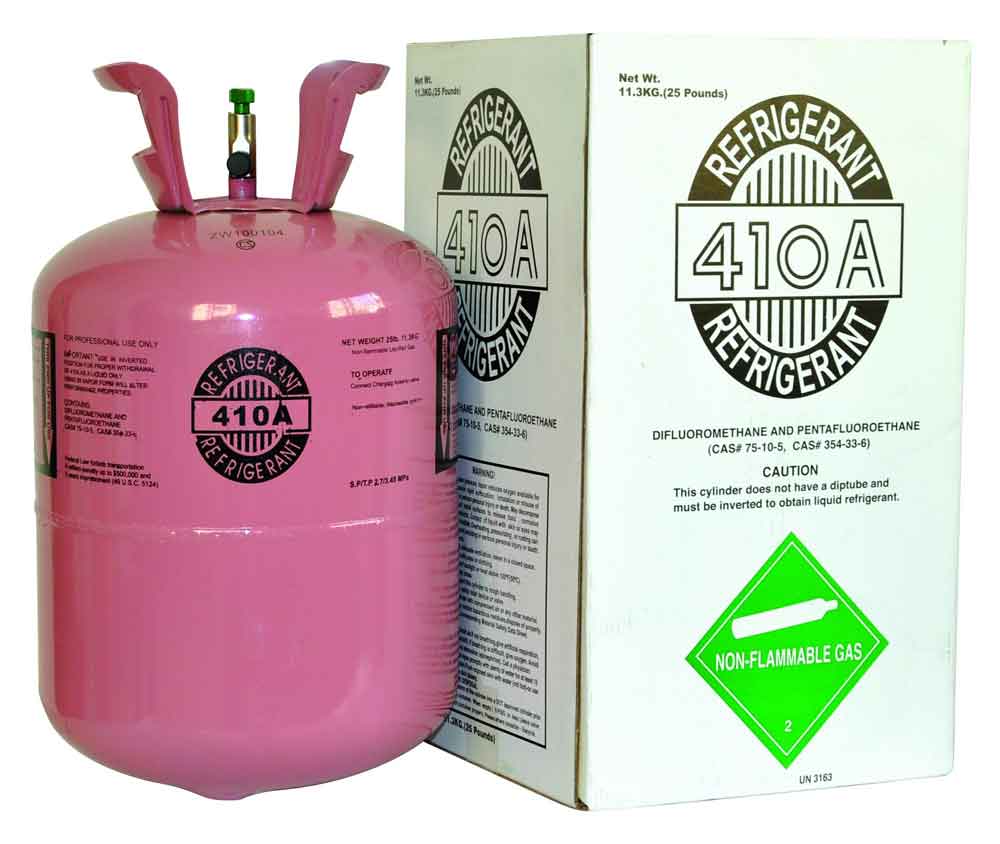