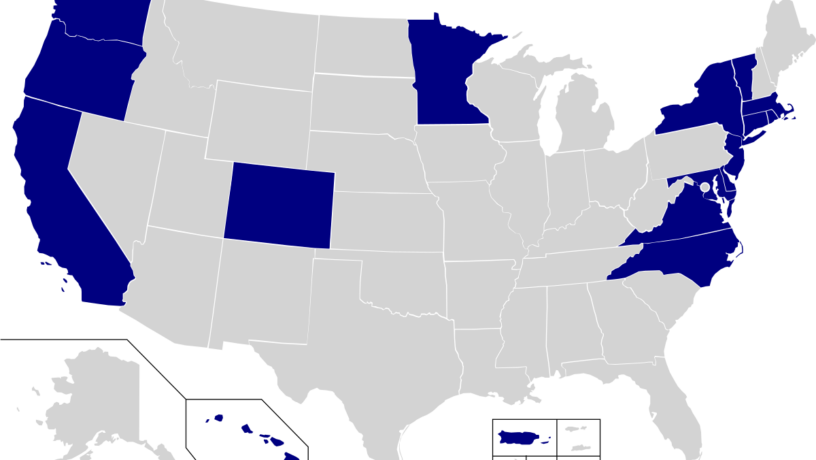 While Maryland has not come out with a formal plan yet they have stated that their intentions are to have regulations similar to that of California. The details of their plan are expected to be hammered out soon.

Last week was a busy week when it comes to HFC refrigernat news. We had three additional States come out in favor of phasing down HFCs. The question now on everyone’s mind is who will be next and how many more will come forward with their own plan?

The answer to this may be found by looking at what’s called the United States Climate Alliance. This alliance is a gathering of States and Territories that aim to uphold the 2015 Paris Climate Agreement. For those of you who do not remember, this was the agreement that the Trump Administration pulled the United States out of in the summer of last year.

Once this pull out was announced this alliance was formed on June 1st, 2017 in an effort to honor the goals of the agreement the best that they could. While there are only seventeen States involved in this agreement the size of these States is something to be considered. Over forty percent of the United States population resides in these States and over forty-five percent of the Gross Domestic Product of the US comes from these States.

So far, four out of these seventeen States have announced their intentions to phase down HFC refrigerants. (Three of these in just one week.) Has the snowball started to roll down hill? Will we be seeing the other States in this grouping announcing their own plans shortly?

States in the alliance are:

As more states make their announcements, we will begin to phase out HFCs by default. If we think about it for a moment, if just under half of the country’s population are living in HFC phase down States then it wouldn’t make sense for companies to continue using HFCs in newer applications. Why make two different models for different States if we can just make the switch and have one model in both States?

Tying directly into this, the CoolingPost.com reported yesterday that major HVAC and Refrigerant manufacturers have announced their support for California’s HFC phase down law. I won’t list everyone of these companies, but just a few of them are: AHRI, Goodman, Carrier, Lennox, Chemours, and Honeywell. These are the big players in the industry and if they are in favor then we are inevitably going to see the end of HFC refrigerants here in the United States, maybe even close to the same timeline that everyone was planning on based off of the EPA’s regulations from 2015.

It’s funny how all this worked out. I’m a big fan of States’ Rights so this couldn’t have gone better in my opinion. We removed the Federal regulations and had the States do their own laws to FORCE the industry to change on it’s own.