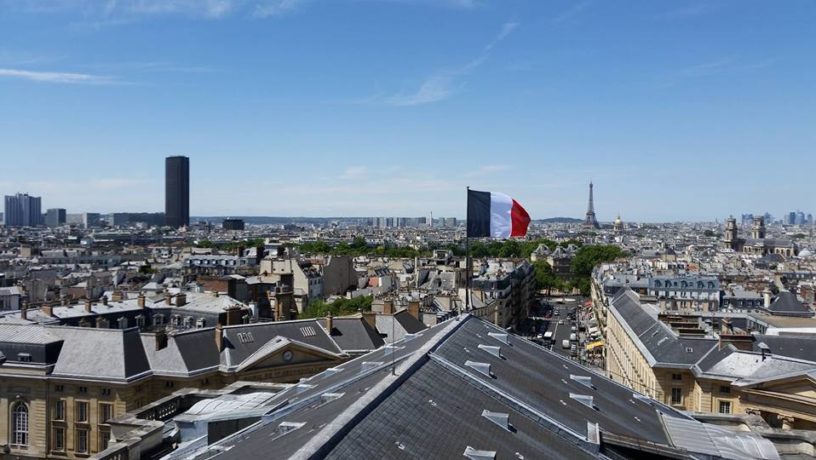 Let me preface this with France is a great country. I had never left the States before until a few months ago when I had a business trip in Belgium. We had an extra day so we took a train down to Lille and then another train down to Paris. I had a lot of fun, experienced two whole new countries, and drank a lot of beer. (The best part.) Also, the picture for this article is one I took when I was on top of The Pantheon in Paris. Lots of fun!

Alright, on to the article!

In July of this year an HFC tax was announced by Nicolas Hulot, the French Environment Minister. The idea is for this new tax to be included in the French government’s 2018 budget. The tax would cover all areas of industry including industrial/commercial refrigeration, air conditioning, and refrigerated transport. There are no exemptions.

The exact amount on the tax has not been agreed to yet. A source from the French Refrigeration magazine said that the tax is likely to be around 30.5 Euros per tonne of CO2 equivalent. So, in other words the tax will be based off of Global Warming Potential number on each refrigerant. One estimate on R-404A points to an increase of one-hundred euros per kilogram of refrigerant. That works out to about one-hundred and nineteen dollar increase for every two pounds of refrigerant. Very very significant increase.

This kind of tax isn’t a new thing either. Other European countries have done this already, some for years. Some of these countries include Denmark, Poland, Spain, and Norway. An example of a refrigerant tax table from Norway can be seen below. Click on the picture to be taken to the official document.

Now it’s not all bad news here folks. One point to note is that there will also be a tax credit offered that will reduce the cost of switching over to HFC free technology by up to twenty-five percent. (This is speculative so far, no numbers nailed down yet.) That number is a lot of savings especially to larger companies. This tax incentive opens the doors to either Natural Refrigerants/Hydrocarbons or to the new HFO refrigerant classes from HoneyWell and Chemours. No one knows for sure what will win but if I was to guess I would say we see a solid mix of HFOs and Hydrocarbons depending on the applications. Chillers may be all Hydrocarbons while automotive and home air conditioners may go the HFO route.

Not everyone is on board with this proposed tax in France. As many of twenty groups of refrigerant manufacturers, contractors, and refrigerant associations have come forward in opposition to the tax proposal. For a complete listing of these companies and associations click here to be taken to CoolingPost.com’s article on it. These companies state that the tax is unnecessary and adds an extra burden to the industry. Here are a few of their reasons:

The thing to point out here though folks is this part of the French budget is some of the tamest. This Climate Plan that they are pushing actually aims to end the sale of gasoline and diesel cars by the year 2040. On top of that they will stop using coal by the year 2022 for electricity among many other climate measures.

Europe is changing fast and it always seems that they are a few steps ahead of us on this type of thing. I remember about ten years ago when I was in the trucking industry. If my memory serves me right 2007 was the year that all diesel models in the United States were mandated to use a Diesel Particular Filter and along with the filter came Diesel Exhaust Fluid. Those of you who drive diesels know what I’m talking about. The reason I bring this is up is that the EU had been doing DPFs for years before it came over to the US.

The EU seems to be the testers and the forebearers of what is to come here in the states. So, don’t be surprised if we see a proposed HFC tax coming here over the next few years. I would be surprised to see the Trump Administration propose this but if not them then the next administration most definitely will. And hey, with our EPA they won’t even need to go through Congress. They’ll just use the Clean Air Act and deem it so.