Last week I wrote an article going into how Honeywell and Chemours are filing an appeal to a federal court’s ruling that overturned the EPA’s phase out of HFC refrigerants. I explained how this was exactly what I thought would happen. These two behemoths aren’t going to sit back and watch their investments into HFO refrigerants go to waste. They are going to fight the ruling tooth and nail to ensure that HFCs are phased out and banned across the United States. It is in their best interest to do so.

Because of this appeal that was filed last week the actual ruling of the court is now suspended, or at least delayed until a decision is made. We are in a sort of limbo here in between phasing out HFCs or overturning the EPA’s phase out plan. At this point no one is for sure what will happen.

All of this started with two refrigerant manufacturers filing suit against the EPA’s proposed HFC phase out. These companies are Mexichem and Arkema. They had two main arguments for their suit: 1) The EPA was arbitrarily adding HFC refrigerants to the Clean Air Act phase out plan even though HFC refrigerants do not harm the Ozone layer. HFCs only contribute to Global Warming and they do not contain Chlorine. 2) Honeywell and Chemours are the only two major refrigerant companies in the world who have a new line of refrigerants ready to go once HFCs are phased out. By phasing out HFC refrigerants the United States government is causing major damage to Mexichem and Arkema’s business and giving millions of dollars of new business to Honeywell and Chemours. Doesn’t seem right.

Now these two companies who filed this suit aren’t small by any means. Mexichem brings in over five billion a year in revenue. Arkema, a French based company, brings in even more at seven and a half billion Euro. These numbers are nothing to sneeze at but it is all about comparison. If you look at who Mexichem and Arkema are fighting against you can really begin to see the contrast. There are only four really major refrigerant manufacturers that I know of: Honeywell, Chemours, Mexichem, and Arkema.

Honeywell’s revenue is near forty billion dollars. Chemours is just shy of six billion, but don’t let that number fool you. Chemours is a split off from the original DuPont company a few years back. DuPont’s revenue is just over twenty-five billion. If you combine the two companies (DuPont & Chemours) they are well over thirty billion dollars. These companies are huge and they are looking to stop the little guy, well at least as little as you can get when you bring in over a billion dollars a year.

Honeywell and Chemour’s also have two main points in their argument for appeal. 1) They argue that the SNAP Rule 20 (The rule the EPA used to phase out HFCs.) was well-founded and that the court’s ruling exceeded it’s own jurisdiction. 2) Their second argument is that between the two companies they have invested over a billion dollars to research, develop, and commercialize HFO refrigerants including building manufacturing facilities here in the United States. To back out now of the HFC refrigerant phase out could cause massive amounts of lost investment and opportunity.

What this boils down to folks is money and business. I’ve said it before but here I am saying it again. Honeywell and Chemours are the only players in town with a solid alternative to HFCs. Arkema and Mexichem need more time to develop their own alternatives. They want to extend the life of HFCs while Honeywell and Chemours want to stop HFCs as fast as they can. I feel that this court case was a stalling mechanism that Arkema and Mexichem had little hope of working, but when it actually did work everyone panicked for a moment. No one expected this ruling.

If you ask me for my opinion on the matter I’m hoping that the appeal loses and that HFCs get to stay around a bit longer. Yes, I know it’s bad for the environment but  I am looking at things as a business and competition side. I want HFCs around longer just so that more competition can arise from other avenues. I want Mexichem or Arkema or someone else to come up with viable alternatives out there as well. We need to see innovation! We need to see competition.

As it stands today no one knows who will win and how this ruling will affect the industry. 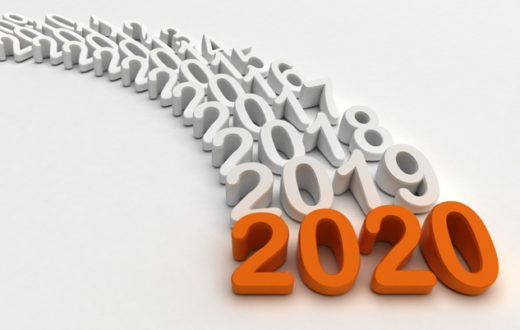